The space agency put the plans on hold after two SpaceX rivals filed complaints with the U.S. Government Accountability Office. 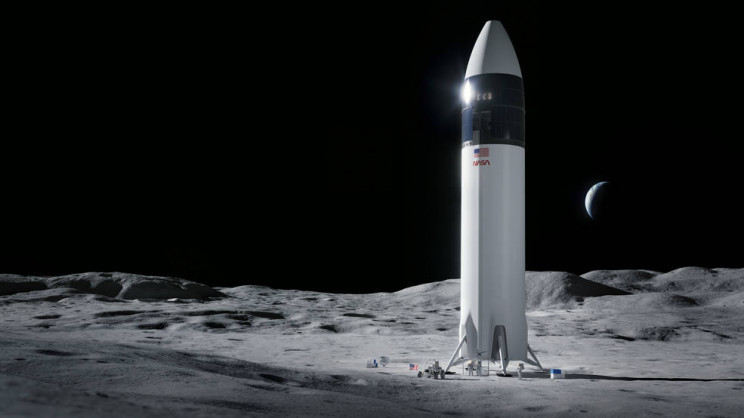 U.S. space agency NASA has put Elon Musk’s SpaceX plans to develop a lunar spacecraft on hold while it awaits the outcome of challenges made by rival bidders to the U.S. Government Accountability Office (GAO), reported CNBC.

“Pursuant to the GAO protests, NASA instructed SpaceX that progress on the HLS (human landing system) contract has been suspended until GAO resolves all outstanding litigation related to this procurement,” the agency said on Friday.

The GAO will make a ruling on August 4 at the latest and will determine whether SpaceX proceeds with its lunar lander or not. The project aims to put humans back on the moon from U.S. soil for the first time since 1972.

However, it has not been without controversy. Jeff Bezo’s Blue Origin, a rival to SpaceX, filed a 50-page protest with the GAO on Monday, arguing among other things that his firm was not given the chance to revise its bid while SpaceX was.

The contract is worth a whopping $2.9 billion. Bob Smith, chief executive of Blue Origin, told The New York Times at the time that NASA’s choice of contractor was flawed.

“It’s really atypical for NASA to make these kinds of errors,” Smith said. “They’re generally quite good at acquisition, especially its flagship missions like returning America to the surface of the moon. We felt that these errors needed to be addressed and remedied.”

Musk replied by taunting Jeff Bezos with a clever tweet. “Can’t get it up (to orbit) lol” he wrote, referring to the fact that Blue Origin has not yet achieved orbit with any of its rockets.

We do wonder, however, what he may tweet now that his plans have been put on hold. A third firm, Dynetics of Huntsville, Alabama, has also filed a complaint to the GAO, making the odds that NASA revises its contract higher.

It is an interesting time for space exploration indeed. These contenders could forever change history by possibly becoming the first to send astronauts back to the moon from American soil.

But will NASA really rethink its decision or is it just doing its due diligence? We can imagine that the agency was very thorough in its first decision. Time will tell what the GAO’s final decision will be.